Check out these wonderful posts about cardboard architecture, which consisted of an entertaining/comedic analysis on "cardboard fort architecture". The critics, who make up an American architectural practice called Build LLC, were fascinated by this underrated design methodology that goes back to every architect's basic instinct, back to their childhood design and build urges, which "helped us figure out the ABCs of design and construction... that helped us get where we are today. " It sort of reminded me of the projects we used to get as first year architecture students, projects like creating an architectural dish or a 1 pound tower.
These posts were very entertaining, but an earlier series on what they called "couch cushion architecture" really made my day. Just like the cardboard series, this couch series examines a more primal example than cardboard boxes as a material, and that is interior furniture. The analysis of each project consisted of light commentary and a mark on each project. Here are some of the submissions along with their evaluation as given by the critics: 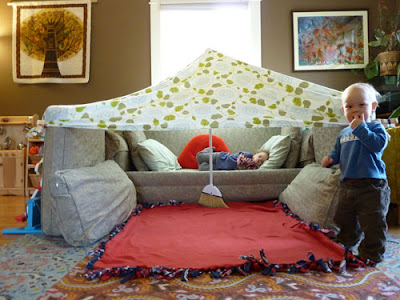 A brilliant synergy between the weighted foundation and the light tensile structure, this project impressed us with its attenuation of structure and bright interior spaces. The courtyard and formal entry are also well thought-out and provide a clear means of way-finding. 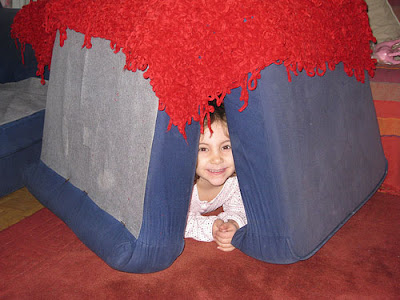 The A-frame’s sound structural properties and ease of construction have long since proven their architectural merits. We applaud the use of red shag carpet as a departure from what would otherwise be a mere pedestrian form. 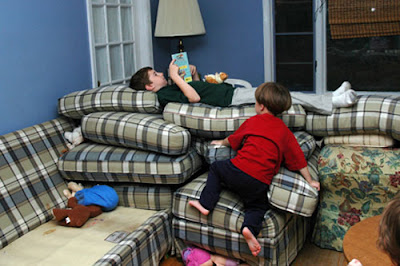 This whimsical project draws inspiration from the classic Tuscan stone towers of Italy; where a taller tower symbolized an owner’s power and prosperity over neighboring structures. Unfortunately the design falls short of greatness with its lackadaisical cushion placement and poor choice of plaid. 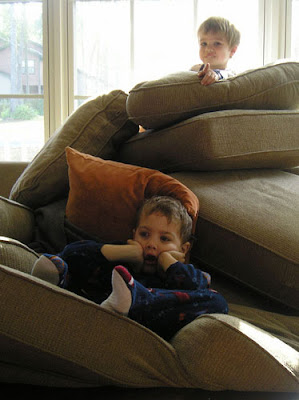 While typically the stacked foundation technique leads to a stable and impressive base, this particular application seems dubious. Fraught with apparent labor strikes the project is rumored to have developed irreconcilable technical inadequacies and unresolved scheduling conflicts. 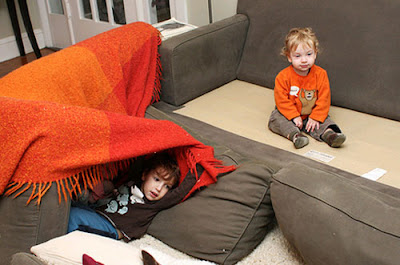 Good God gentlemen, you’re a mess! You need walls, you need a roof. Get to work man!

Posted by Bash Mohandis at 22:41 No comments:

It is often said that we know more about outer space than we know about the ocean, which makes up around 71% of our planet. So it is natural to hear that the technology for exploring the ocean base, which goes as deep as 11km, is as advanced as the technology used for outer space expeditions, if not more.

Recently, French architect Jacques Rougerie have designed a prototype called the Sea Orbiter, which should help scientists in exploring our oceans. This incredible project have garnered the backing of several international agencies including NASA. The Sea Orbiter is a huge floating vessel, with two thirds of this 51m high sail shaped structure submerged under water, allowing continuous underwater observation, twenty-four hours a day. 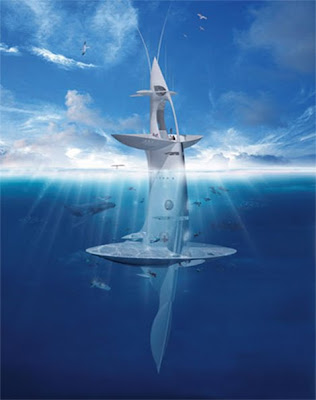 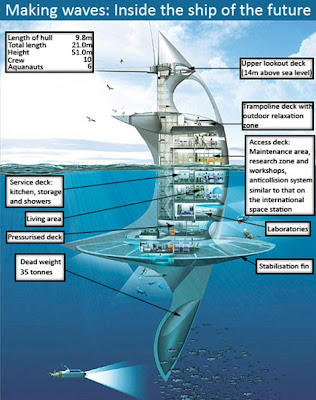 Posted by Bash Mohandis at 18:29 No comments:

Email ThisBlogThis!Share to TwitterShare to FacebookShare to Pinterest
Labels: Architecture of the Future, Sustainability, Technology, Underwater 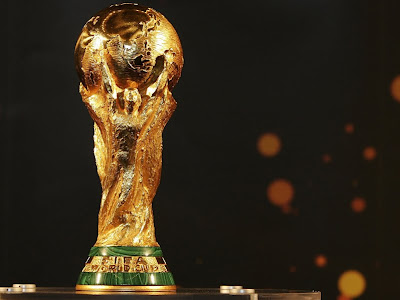 It hasn't been the best of times in my life lately, with too many distractions keeping me away from taking care of this blog. But as the most watched and anticipated sporting event is knocking on our doors, I felt like I had to say something about it. Well, at least from an artistic point of view.


The world cup trophy is perhaps the most beautiful sports award I have ever seen. Perhaps even the most beautiful award at all. Maybe even the most amazing sculptural piece ever made. Unlike its predecessor, also known as the Jules Rimet Trophy, the FIFA World Cup Trophy have really stood the test of time in terms of its aesthetics, and perhaps even contributed in increasing the popularity and possibly even the status of the World Cup as the ultimate sporting event across the world. Being a sports fan generally and football particularly, nothing have ever captured me as much as the beauty of this trophy.

This significant sculptural piece was designed by Silvio Gazzaniga, who hails -as one might predict- from a nation with a strong passion to the arts, football, fashion, and even though its irrelevant, food. The Italian sculptor from Milan designed the concept and collaborated with a Milanese trophy and medal manufacturer, GDE Bertoni, in its production and are still in charge of its maintenance in behalf of FIFA. The company's other notable trophies include the UEFA champions league, UEFA cup, UEFA super cup as well as many other trophies, perhaps most notable for its beauty is the new Arabian Gulf Cup.

Where the older trophy was a representation of Nike, the Greek goddess of victory, this trophy represents the "joy and greatness of the athlete in the moment of triumph". According to the artist, the shapes of two athletes are reproduced through lines that rise spirally from the base to open on top to contain the world, outlined in an amazing dynamic tension of the body of the sculpture, which symbolizes the athletes effort and exertion while expressing harmony, simplicity and peace.

The trophy at 1974 when it was first awarded.
Posted by Bash Mohandis at 14:35 No comments: