These are two things I am really passionate about: Manchester United and Architecture (In order of preference). So when I came across this article, I was really delighted. Gary Neville, has never been among my favorite united players, since he is no Cantona or Giggs. But knowing that he has applied to build a flower-shaped eco-friendly house in Greater Manchester, brought him a bit closer to those legendary figures.

Inspired by the Skara Brae, Make Architects have worked in this project for 3 years and just recently submitted the planning application. The project, if granted permission, will be built underground in the shape of flower petals within the landscape. In the heart of this underground "bunker" is the kitchen, with wings for working, sleeping and entertainment.

There are not many images of the project available, since it have just been released in the press I guess. But this is one house I'll be keeping an eye for. 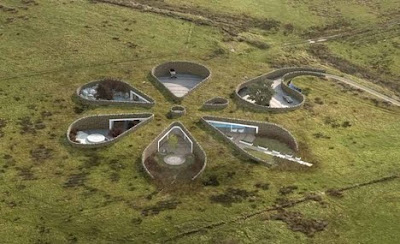 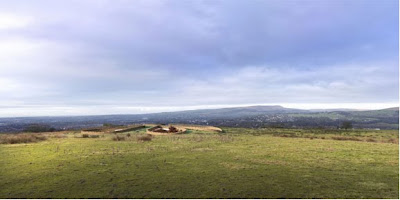 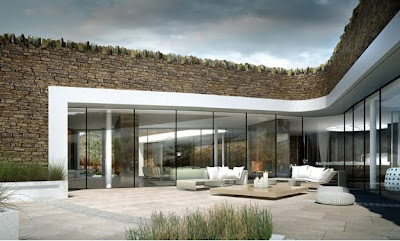 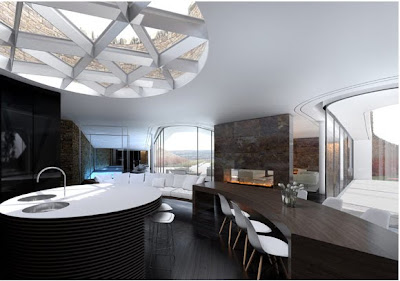 According to the BBC, Gary Neville's plans for his eco-house which have been dubbed as the "Teletubbies house" have been rejected by Bolton Council. Even though officers from the council recommended its approval, the proposed house provoked opposition from some local people and committee members.

The objections were mainly on the 39m high wind turbine for its noise pollution as well as the fact that the proposed site lies on a greenbelt which must be protected. Some even stated that the environmental claims by the Manchester United star are exaggerated.
Posted by Bash Mohandis at 11:50 No comments: 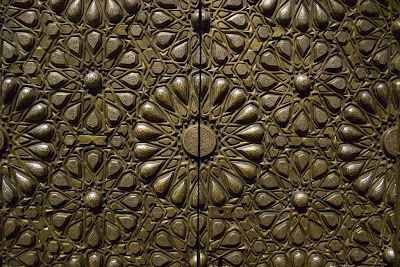 A door in Mecca

I stumbled upon this very nice picture of this door detail on flickr. My fascination with door details in Islamic architecture started when I bought a diary few years ago, which had a similar detail of a door on its cover taken from The Mosque of Sultan Hasan in Cairo. The intricate complexity of the decorating patterns haunts me whenever I find myself standing in front of door with such delicate beauty. The door in Sultan Hasan Mosque in Cairo
Posted by Bash Mohandis at 09:00 No comments: