Not long after receiving an email of the worst working stations... I receive an email of the best prison in the world. Designed by Hohensinn Architektur, Justice Center Leoben is located in Styria, Austria. I guess when the guy behind those filing cabinets snaps and put the manager's office on fire, its only fair that he's taken to this prison. 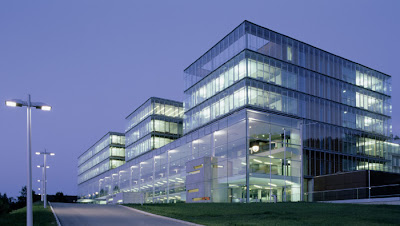 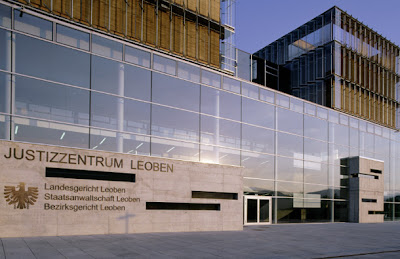 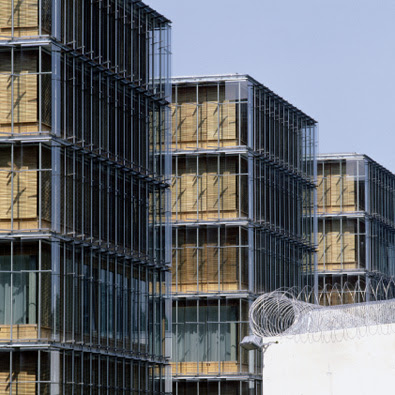 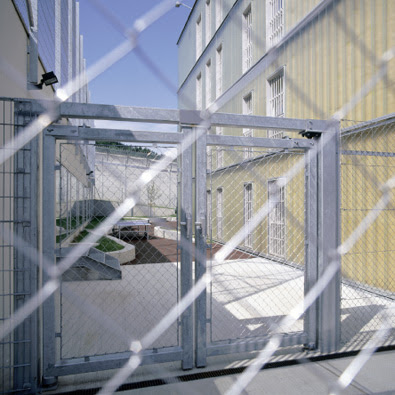 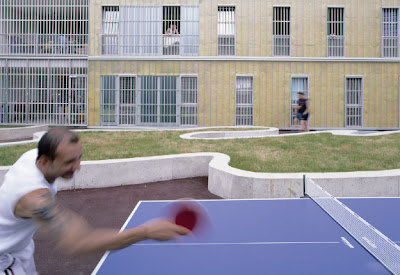 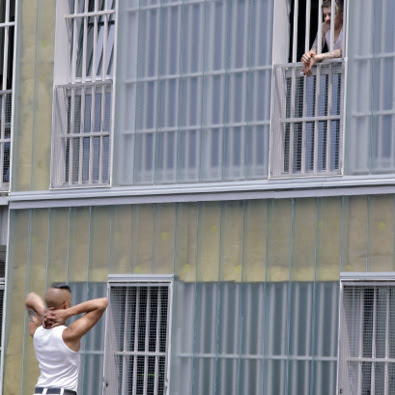 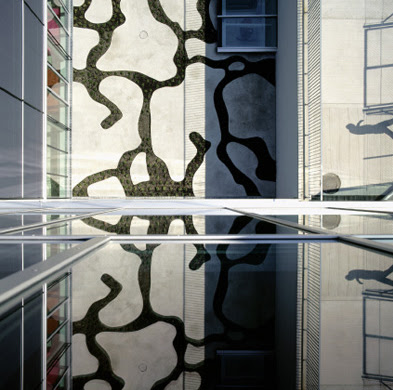 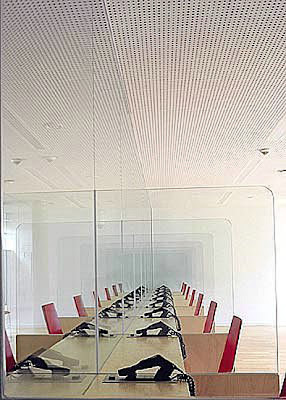 Posted by Bash Mohandis at 13:45 No comments:

I received this funny email of the Saddest Cubicle Contest, and did I feel bad for those who worked there. I mean everything that could go wrong in an office space is wrong... bad lighting, nasty ventilation, lousy decoration and the list goes on. Here are few winner cubicles: 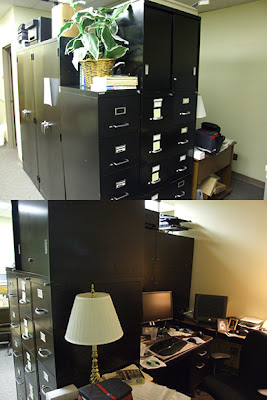 Check out this poor guy's desk... hidden behind filing cabinets with no windows and proper lighting. 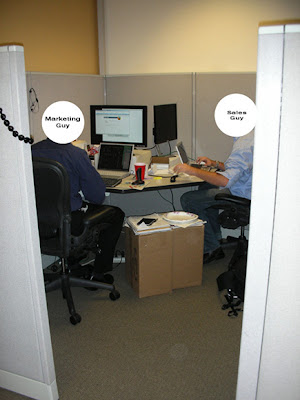 I just love it when I see people used overturned boxes as cabinets or even better as tables... I know few friends who have done that... very efficient and Eco-friendly though. 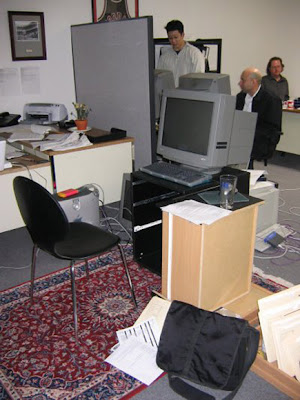 Another great example of recycling... I love the effect the Persian carpet has on the desk space... its sort of defines a territory. 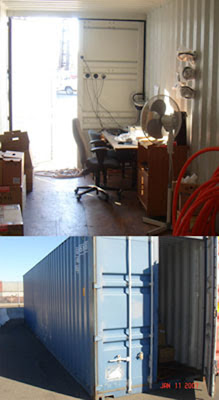 Containers can be a source for great architecture if designed properly... however this is not an example of such architecture.
Posted by Bash Mohandis at 00:29 No comments:

I just got back from Genoa. A wonderful city in Italy that is rich with history and culture, unfortunately lack of future planning kind of ruined the city. Nevertheless, its still worth a visit.

I was lucky enough to be there at the same time of a major public holiday which I still don't know what is it for, however it allowed us to wonder inside Staglieno Cemetery. I've been to cemeteries before, mostly Muslim ones though, but going Staglieno made me think about how different people perceive the idea of life after death. Muslims are forbidden from mimicking any life-like creatures, and that is evident in their arts, architecture and cemeteries as well; graves usually are a covered hole with a natural or undecorated stone coming out of the earth indicating the location of the grave. I think even writing names on those stones is not encouraged to leave total privacy for the dead. And I think the main reason for this is to stress the principle that God created all humans equals. So you'll find a wealthy noble man buried alongside a poor working man, and you won't know the difference between the two graves. Basically, cemeteries in the Muslim worlds are places for dead people.

In the western world however, it seems that cemeteries are not for dead people only, they are designed for visitors who are very much alive. And therefore you see a lot of greenery, huge trees, colorful flowers, decorated and artistic gravestones, even tombs (which are buried and hidden under the earth) are carefully selected by the family of the deceased. In Stagliono Cemetery, the Genovese apparently took this concept to a whole different extreme level. 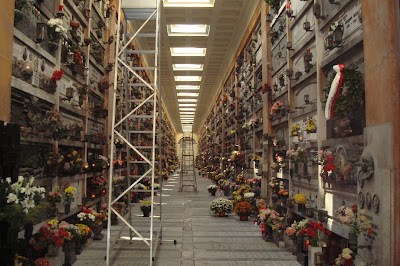 This is first pile of graves on our entry. From what I understand the higher your grave is the lower your social status is, and that is because low graves are easier to maintain and place flowers on. Also note that the floor in this corridor is actually made up of graves, so you would actually walk on top of those graves. Something that you'll never find in a Muslim cemetery. 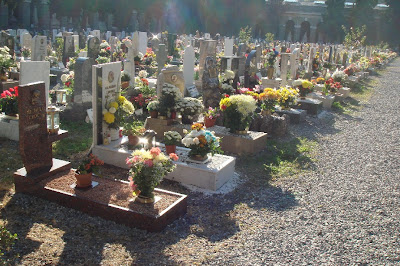 Perhaps this part is a more (traditional Christian cemetery??). It looks more like a park with decorated gravestones and flowers on top of the graves. 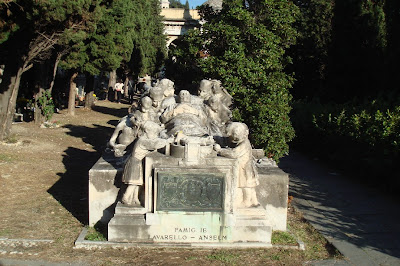 Now this is clearly a rich family's grave, it might contain only one or an entire family. But its more of a sculptural object that makes a statement about the family. These sorts of sculptures dominated the cemetery at a time when Genoa was a prosperous marine force. 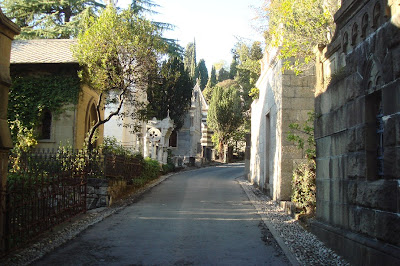 This might look like a nice neighborhood, but it isn't. Each of these villa-like buildings is a shrine for a family with graves. 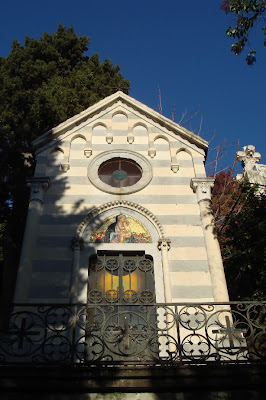 One of the villa-like graves with its black and white tiles which the Genovese are famous for. I'd guess that again this belongs to a rich family.
Posted by Bash Mohandis at 15:00 No comments: